To order use code: NVLishi2-1CH1

Our patented Genuine Lishi Night Vision tools make light of working in the dark with a unique glowing feature that makes them easy to use in darker conditions.

Each Genuine Lishi Night Vision 2in1 Pick/ Decoder comes in 2 parts, the tool itself and the illuminous yellow clip. Holes in the tool means the light from the clip can be seen and special paint applied to the pick arms create an additional glow. 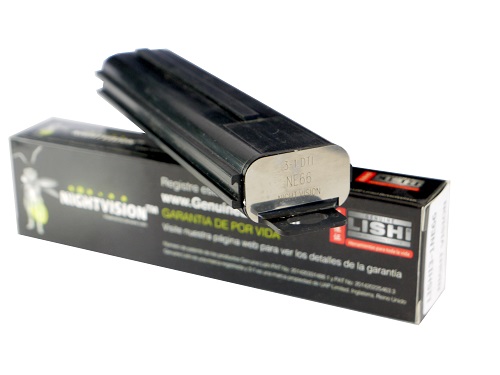 Genuine Lishi Night Vision Tools all come with a compact case. Not only does this packaging give your tools extra protection from damage, but you are able to join the tube with others to form a carry case or a wall hanging unit using the handle which can be purchased separately.

Designed to pick and decode auto door locks and trunks, once mastered a professional can easily complete the job within 3 minutes with a Genuine Lishi 2in1 Pick/Decoder.